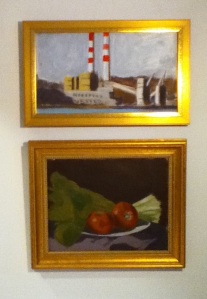 My reflections here were prompted by an article in today’s New York Times entitled “New Love: A Short Shelf Life.” The article, by Sonja Lyubomirsky, a professor of psychology at the University of California, Riverside, is about how the euphoria associated with the first phase of romantic relationships tends to wear off relatively quickly. I’d initially planned to write a piece on relationships, but the more I thought about it, the more it seemed to me that the problem Lyubomirsky describes isn’t restricted to relationships. Lyubomirsky charges that romantic relationships are subject to the same dynamic of what psychologists call “hedonic adaptation,” as are other thrilling experiences. That is, euphoria, she observes, tends to be short lived, whether it is associated with “a new job, a new home, a new coat,” or a new love.

The first thing that annoyed me about the article was its purely speculative character, or more correctly, the fact that it was mere speculation paraded in front of the reader as scientific fact. “[A]lthough we may not realize it,” asserts Lyubomirsky, “we are biologically hard-wired to crave variety.” Says who? Where is the scientific evidence to support such a claim? We like variety in some things, to be sure, but we like uniformity in others. We appear, in fact, to crave uniformity at least as much as we crave variety. We need, for example, to be able to assume that the future will resemble the past in crucial respects if we are going to be able to function at all and are notorious for being unable to appreciate variety when the variety in question would tend to discredit the worldview to which we have become comfortably wedded.

My point is not that Lyubomirsky is mistaken, or that she has no right to indulge in such speculations. My point is that they are speculations and should not be presented as if they were facts. One reader, Joseph Badler, made the point beautifully. “The ‘we are biologically hardwired’” he wrote, “is just too cheap. It can be used to justify anything. Evo psych post-hoc explanations are making everybody intellectually lazy.”

“Evo psych” refers to evolutionary psychology, which, if you ask me, is a completely bogus discipline that purports to provide evolutionary explanations for traits of human psychology. Why do people appear to crave variety in their sexual partners? Well, the evolutionary psychologist responds (and here I am paraphrasing Lyubomirsky) , because it guarantees a more robust gene pool. That makes sense, of course, but so does the observation that infidelity can be corrosive of social bonds and that promiscuity could thus threaten both the immediate family and the long-term survival of the entire community.

So which is it? Are people hard-wired to crave variety to ensure a more robust gene pool, or are they hard-wired to crave uniformity to be better able to survive to the age of reproduction? Or could they be hard-wired, as seems the most likely, to crave both things relative to particular environments and situations? But if this is the case, then evolutionary “explanations” for psychological traits are obviously speculative because of the seemingly limitless variables one would have to take into account when calculating in what sense natural selection might lie behind a particular psychological tendency.

The situation of the evolutionary psychologist becomes almost unmanageably complex even if we assume that all human beings exhibit the same psychological tendencies. Once we acknowledge that all human beings do not exhibit the same psychological tendencies, then evolutionary psychology, becomes, I would argue, a mere parody of an academic discipline. That is, I’d go further even than Badler. I don’t think it’s simply making people intellectually lazy. I think it’s making them stupid. That it continues to be respected as an academic discipline suggests that the academy is egalitarian to a fault in that even the criterion that one ought to be able to think clearly in order to be admitted to it appears to have been judged unfairly discriminatory.

A number of readers took exception to the comparison of a new love with new material possessions such as a “home” or “coat.” (I almost always enjoy reading the comments readers post to articles such as this one. They confirm my faith that the average person is neither so simple minded nor so superficial as the authors of the articles appear to assume). “Didn’t know love was material,” observes Anna from Ontario wryly.

It’s true that our relationships with people are importantly different from our relationships with things. They may not be so different, though, as some of the opponents of Lyubomirsky’s apparent materialism assume. Another reader points out that Lyubomirsky and those who agree with her “do not consider how the disposable and planned obsolescent qualities of consumer capitalism also ‘program’ us to always desire the new.”

The thrill of the new is something with respect to which we are largely, if not entirely, passive. It wears off though. To continue to be thrilled by the same thing requires diligent effort. The problem with consumer capitalism is that what it parades for our approval is primarily the cheap and tawdry, things that glitter but which are not gold. Such things thrill us before we are fully aware of what they are. Once we learn what they are, they cease to thrill because there is nothing inherently thrilling about them.

Of course even things that are inherently valuable and which thus ought to be inherently thrilling are subject to the same dialectic. We are thrilled with the initial acquisition of them, but that thrill eventually wears off, or at least quiets down. It doesn’t take a great deal of intellectual effort, however, to appreciate that the thrill that dies down in this way is the thrill of acquisition rather than of possession. We are thrilled to have acquired a thing, but then we get used to having it. If it is truly something worth having, though, and we are capable of appreciating it as such, then the initial euphoria of acquisition should be replaced by the more enduring thrill of possession, or more correctly, of appreciation. The problem is, such appreciation requires effort. It requires that we look at the thing again, look at it long and carefully, that we actively search for what is good and valuable in it, rather than simply surrender ourselves to a passive thrill.

Years ago, when I first became engaged, my sister caught me admiring my engagement ring. “You’ll stop doing that after a while,” she said. I found that remark disturbing. I didn’t want to cease to see my ring as beautiful any more than I wanted to cease to love the man who had given it to me. It will happen to you though, her words suggested, independently of what you want. It will happen to you. Kierkegaard talks about that dynamic in the first volume of his two-volume work Either-Or. Everything disappoints, he, or at least one of his pseudonyms, says there.

But does everything have to disappoint? I have never ceased to see my engagement ring as beautiful, just as I have never ceased to love the man who gave it to me. I’m a very materialistic person, in a way. I have lots of things, lots of nice things in which I take enormous pleasure that does not diminish with time. I collect paintings and fountain pens and antiques of various sorts, and each one of these possessions adds immeasurably to the quality of my life.

I love to sit at my table in the morning and sip my coffee (I love coffee!) and look at the two paintings I’ve hung on the wall on the far side of the table. One is a landscape I found in an antique store and the other is a still life I did myself. They are not great masterpieces, but they are very nice and I derive enormous pleasure from looking at them. I look at them in the morning when I am having my coffee and in the evening when I am having dinner. I often work at that table in the afternoon and I’ll glance admiringly up at them periodically even then.

I don’t know what it is exactly that I like so much about them. Each is rough, and yet each is the product of some person’s vision. I like people. They are endlessly fascinating to me. I love handiwork because you can see the humanity in it. I like things because I like creation. I value it as something beautiful and moving. One reader of Lyubomirsky’s article observed that the reason her marriage had been happy until her husband’s death was that they had “had God.” Another reader pointed out, however, that that approach to keeping love alive won’t work for everyone because not everyone is religious. He (she?) went on to point out, however, that “looking beyond oneself and working toward the greater good (of one’s spouse, family, community, world) may be an essential element in the pursuit of lifelong happiness.” I’d agree with that. I’d argue, however, that unless you think that creation, or the universe, or whatever, is good, then even the “greater good” of one’s spouse, family, community, and even the world, will ultimately fall flat.

The challenge, I’d argue, to achieving an enduring happiness is that we’ve programmed ourselves, in a sense, to believe that happiness is inherently fleeting. That the thrill of acquisition is the only thrill there is. Whether that is the fault of consumer capitalism alone or whether it is an expression of something inherent in human nature, I’ll leave it to the reader to decide.