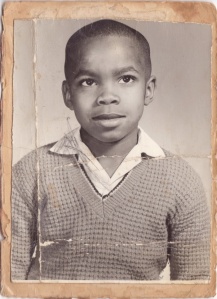 One of the most frightening things, I think, about dying is that we do it alone. Of all the natural evils for which one would like to blame the creator, this seems one of the worst. It would have been so much better, wouldn’t it, if we left this life in groups, left perhaps with the people we came in with, with the children we remember from our earliest days in school, and perhaps also with the people we have come to love, if they are suitably close to us in age. If we could go in groups, as if on a field trip, it would be easier.

But we go alone, even those unfortunates who die in accidents that take many lives die effectively alone because they don’t have time, really to appreciate their fates as shared. They say the people who remained on the Titanic sang as the ship went down. That’s what I’m talking about. It would be so much better, so much easier to bear if we were assigned a time along with many others. We could begin to gather a little before that time, all of us who were assigned to leave together, we could begin to gather and prepare ourselves and share with one another the joys and sorrows of our lives. If we did that, I think we would realize that our lives had really all been variations on the same theme, that we were not so different from one another as we had thought.

I’m not certain if I believe in life after death, even though I am very religious. I’m not certain what it would be for. I doubt I will be ready to leave this life when my time comes. I think I’d like to live much longer than I know I will, say three or four hundred years. I think I’d eventually get tired of living though, so the prospect of living forever is not all that appealing.

It seems to me, however, that if there is life after death, that that place where we will all go (and I believe we will all go to the same place because I am a universalist), wherever it is, that we will all actually arrive there together. Even though each of us will die individually, alone, if we go anywhere, it is to eternity and since there is no temporal change in eternity, there cannot be any arriving earlier or later. Where we will go will be where everyone will go at the same time, or where everyone, in a sense, already is. There will be no waiting for the loved ones who die after us. They will be there waiting for us, so to speak, when we arrive, even if they are in the bloom of youth when we leave.

When I think about death, which I do more and more as I get older, I wonder if perhaps part of the point of it, of the horrible specter of that trip one must take alone, is precisely to make us understand that we never really are alone. And by that I don’t mean simply that God is always with us, although I do mean that also. I mean that we are all part of the whole of humanity, that we are connected to everyone and, indeed, to every living thing.

There is a poem I love by Molly Holden that conveys this sense of connectedness very well. It’s called “Photograph of Haymaker, 1890.” It goes like this:

It is not so much the image of the man
that’s moving — he pausing from his work
to whet his scythe, trousers tied
below the knee, white shirt lit by
another summer’s sun, another century’s —

as the sight of the grasses beyond
his last laid swathe, so living yet
upon the moment previous to death;
for as the man stooping straightened up
and bent again they died before his blade.

Sweet hay and gone some seventy years ago
and yet they stand before me in the sun,

That’s not the whole of the poem. I left out the last couple of lines for fear of violating copyright. You can read the whole of it though if you go to Poetry magazine. Of course the poem is about the haymaker in that it’s about mortality which is inseparable, I think from temporality. Time passes, people pass, as they say. The haymaker will pass, just as the grasses he’s cutting down in the vigor of his manhood. And he is gone now of course the man who was young and vigorous in that photo taken so long ago.

I love to read philosophy and learn that others who lived and died long before me had precisely the same thoughts that I have had. I feel suddenly linked to those people in a mystical way. I feel as if they are with me in a strange sense, that we are together on this journey we call life, even though they completed it long ago.

Kierkegaard speaks often about the idea of death and how one must keep it ever present in his thoughts. I did not understand this when I first read it, but I believe I do now. To think about death, really to think about it, to think it through, will bring you right back around again to life and what a miracle it is, and by that I don’t mean your own small individual life, but all of it, life as a whole, and you will be filled with reverence for it. You will be kinder to every creature.

And you will feel less alone.