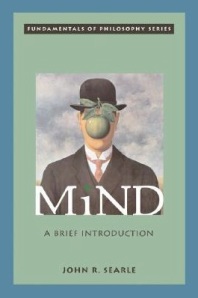 One of the things I love about philosophy is how egalitarian it is. There’s no “beginning” philosophy and no “advanced” philosophy. You can’t do philosophy at all without jumping right in the deep end of the very same questions all philosophers have wrestled with since the time of Plato, questions such as what it means to be just, or whether people really have free will.

This distinguishes philosophy from disciplines such as math or biology where there’s a great deal of technical information that has to be memorized and mastered before students can progress to the point where they can engage with the kinds of issues that preoccupy contemporary mathematicians or biologists. There is thus a trend in higher education to create introductory courses in such disciplines for non-majors, courses that can introduce students to the discipline without requiring they master the basics the way they would have to if they intended to continue their study in that discipline.

Philosophy programs are increasingly coming under pressure to do the same kind of thing with philosophy courses. That is, they are essentially being asked to create dumbed-down versions of standard philosophy classes to accommodate students from other majors. Business majors, for example, are often required to take an ethics course, but business majors, philosophers are told, really do not need to read Aristotle and Kant, so it is unreasonable to ask them to do so.

Yeah, that’s right, after all, they’re not paying approximately 50K a year to get an education. They’re paying for a DEGREE, and the easier we can make that for them, the better!

But I digress. I had meant to talk about how egalitarian philosophy is. Anyone can do it, even today’s purportedly cognitively challenged generation. Just to prove my point, I’ll give you an example from a class I taught yesterday.

We’re reading John Searle’s Mind: A Brief Introduction (Oxford, 2004) in my philosophy of mind class this term. We’re up to the chapter on free will. “The first thing to notice,” Searle asserts, when examining such concepts as “psychological determinism” and “voluntary action,” “is that our understanding of these concepts rests on an awareness of a contrast between the cases in which we are genuinely subject to psychological compulsion and those in which we are not” (156).

“What do you think of that statement?” I asked my students. “Is there anything wrong with it?”

“Yes, that’s right,” I said smiling. “Searle is BEGGING THE QUESTION!” Mr. Big deal famous philosopher, John Searle, whose book was published by Oxford University Press, commits a fallacy that is easily identified by an undergraduate student who is not even a philosophy major. That is, the issue Searle examines in that chapter is whether we have free will. He even acknowledges that we sometimes think our actions are free when they clearly are not (the example he gives is of someone acting on a post-hypnotic suggestion, but other examples would be easy enough to produce).

To be fair to Searle, I should acknowledge that he appears to associate “psychological compulsion” with the conscious experience of compulsion, as opposed to what he calls “neurobiological determinism,” which compels action just as effectively as the former, but which is never “experienced” consciously at all. So a charitable reading of the passage above might incline one to the view that Searle was not actually begging the question in that an awareness of an absence of psychological compulsion does not constitute and awareness of freedom.

But alas, Searle has to restate his position in the very next page in a manner that is even more conspicuously question begging. “We understand all of these cases [i.e., various cases of unfree action],” he asserts, “by contrasting them with the standard cases in which we do have free voluntary action” (158, emphasis added).

You can’t get more question begging than that. The whole point is whether any human action is ever really free or voluntary. This move is in the same family with the purported refutation of skepticism that was making the rounds of professional philosophers when I was in graduate school, but which I hope since then has been exposed for the shoddy piece of reasoning that it was.

Back then, philosophers would claim that the classical argument in favor of skepticism rested on cases of perceptual illusion (e.g., Descartes’ stick that appears broken when half of it is submerged under water but which appears unbroken when removed from the water), but that perceptual illusions could be appreciated as such only when compared with what philosophers refer to as “veridical cases” of sense perception. That is, you know the stick is not really broken because removing it from the water reveals that it is not really broken. But if sense experience can reveal the truth about the stick, then the skeptics are mistaken.

Professional philosophers can be incredibly obtuse, and ordinary undergraduates, even today, with the right sort of help and encouragement, can expose that obtuseness. It’s a real thrill for a student to do that, to stand right up there with the big guys/gals and actually get the better of them in an argument, so to speak. It’s a thrill that is reserved, I believe, for philosophy. That is, it seems unlikely that anything comparable happens in the average calculus or organic chemistry class.

My point here is not to argue that philosophers in general are stupid, or even that Searle, in particular, is stupid. They aren’t, and he isn’t. Despite Searle’s occasional errors in reasoning, he’s one of the most original philosophers writing today. My point is that philosophy, as one of my colleagues put it recently, “is freakin’ hard.” It’s hard even after one has been rigorously schooled in it.

Perhaps it’s because philosophy is the discipline most threatening to the status quo, even more threatening than sociology. Sociology can educate people concerning the injustices that pervade contemporary society, but only training in critical and analytical thinking can arm people against the rhetoric that buttresses those injustices. This country, and indeed the world, would look very different today, if the average citizen back in 2001 had been able to recognize that “You’re either with us, or against us” was a false dichotomy.

(This piece originally appeared in the Nov. 22-24, 2013 Weekend Edition of CounterPunch)